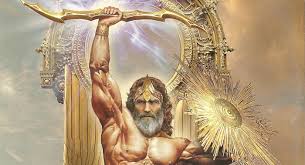 In Hand Analysis the pointy finger is called Jupiter, named after the mythical Greek God Zeus, called Jupiter by the Romans. He is the God of lightening and thunder and he established his supremacy as ruler of the universe.

A jupitarian person would have an exaggerated Jupiter, either wider and more substantial than the other fingers, and/or longer than you might usually expect to see it.

If the person was living his/her potential at all, he would be functioning as a leader, bringing people together to work toward his altruistic goals. This leader lets his followers be creative and get the work done as easily as possible with a lot of appreciation.

Sometimes we see people you are leaders and they misuse their power. These are the people we do not want leading in our government or anywhere else in our lives. They are dictators, they tell people what to do and how to do it. They blame people for their own mistakes and do not appreciate what they have.

Mistakes for the Jupitarian would be to not use the gift of leadership, not realize that they have this gift, or be a dictator. Neither option is desirable. We want to see the leaders step up to the plate and stand for the well-being of all people.

Sometimes it is a matter of growing into the leadership role. In younger years the Jupiter person often dislikes being in charge, being the leader, but as time goes by the leadership potential becomes evident.

We need good leaders and honor anyone who can step into the role of making things happen with love and appreciation.